How many times have you been watching a show featuring a dog and watched your dog watching the dog on TV? Plenty of times, if our staff experiences have any correlation.

So, what’s this back story all about? It’s about a feel good tale if there ever was one so sit back and prepare to be heart warmed.

The story begins with a lost dog who goes by the name of Tabitha. Too bad she couldn’t twitch her nose home … okay, we’ve just dated ourselves as watchers of Bewitched but, what the heck.

So little Tabitha – a demure Bichon/poodle mix — decides it’s time for a bit of a walk about near where she lives with her two-footers in Kansas City, Missouri.

She lost her way.

Here’s the twist to this story that makes it even more remarkable: Tabitha’s buddy, Alfred, has Alzheimer’s and they got lost together. Mrs. Schaefer went searching for the two of them and came home with her husband but no dog.

And the heart wrenching thing about these two is that Tabitha is the one who helps Alfred remember things. She gets him up and moving and keeps him calm.

They had to get her back.

Her owners, the Schaefers, did everything we all would do if our furry bestie had gone missing. They searched high and low, put up posters, let everyone know she was missing.

The Fox Has It

No, not the bushy tailed creature. Fox News!

Thankfully, good Samaritans found Tabitha and were trying to figure out who she was and where she lived so they could reunite her with her family.

Now, remember, this is a little white dog. The rescuers weren’t even sure what her name was.

But they found out pretty quick.

Fox 4 News reporter Judy Le did a story with the Schaefers who were desperate to find their Tabitha. 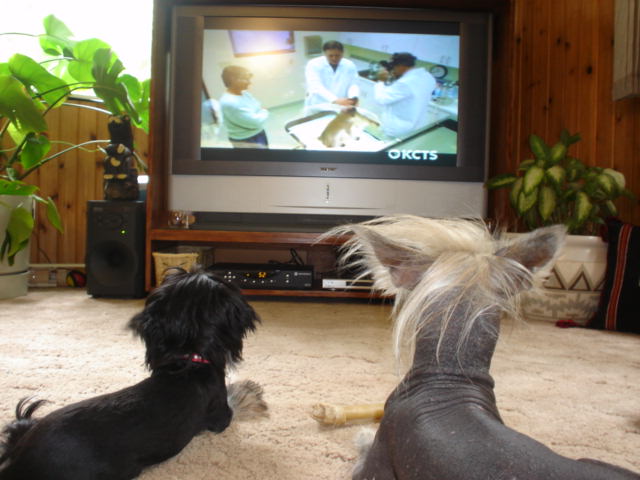 Here’s Why It Worked

It was all about Tabitha recognizing the voices of her beloved humans. She just happened to be watching the news when the story came on the air, heard the Schaefers’ voices and became very animated at the sound of her name.

Bingo, mystery solved. Tabitha’s rescuers called the station and she was reunited with her family.

There are plenty of times when lost pets are never found or are found and no effort is made to get them back home. If you find an animal who appears lost and also looks like he or she is a family pet … you should be able to tell from the appearance of their weight and coat … the first thing to do is try to capture it with care.

You don’t want to rush an animal that is already afraid. Go slowly and see if they will come to you. The American Humane Association says that if you find a dog, try to slip a lead onto him or her as an emergency means of containment.

For a cat, a carrier is best to reduce fear in the cat and any potential injury to you.

If the animal appears aggressive in any way, call the authorities. If the pet runs away, call the local Animal Control Office and tell them the exact address of where the pet was last seen if you can.

If you have been able to contain the pet, check for ID. If you find a tag, call the owners right away. If there is no ID, you can either take the dog or cat to your local shelter or hang on to them. Post fliers about a lost pet that has been found.

Call local veterinarians to see if they are familiar with the pet.

They key to happy returns is to remain calm and keep both the lost pet and yourself safe.