If you’re a fan of Animal Planet, you’ve seen the kinds of rescue and rehabilitation programs they have to offer. From pit bulls and parolees to Cesar 911 and even My Cat From Hell, these shows provide a wide audience base highlighting the problems of a particular town as well as helping raise funds to support organizations.

The newest reality show coming to your TV soon is called Operation Houston: Stray Dog City and was born out of a desperate need to track and map as many as one million stray dogs in Houston, Texas.

What makes this grassroots movement unique is how they are able to find pockets of stray dog populations in such a large area. The tool they’re using is a drone.

Drones have been in the news a lot lately because of reports of citizens flying them within the airspace of private and commercial jetliners. However, this technology is helping find stray dogs and send volunteers to them in order to record data and details to help get them off the streets.

The producers of Operation Huston are using those drones to map the city’s one million stray dogs to get them rescued and adopted into forever homes. This is a way to address the city’s problems when it comes to stray dogs as well as give this issue a much wider audience.

As you saw from the title of this blog post, the producers of operation Huston as well as Tom McPhee, the executive director of World Animal Awareness Society, are using drones to count and track. According to McPhee, “The drone allows us to draw a big circle in the air as we’re filming in 4K; it’s beautiful footage.” 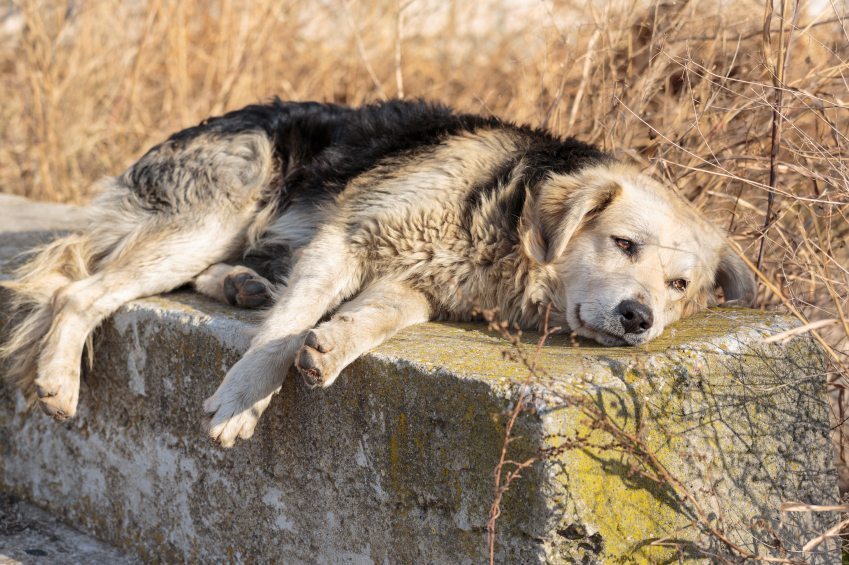 Sneakers on the Ground

The second prong of this stray dog initiative is the use of volunteers doing a lot of legwork. In order to try and create a city map of the location of stray dogs, rescuers will be guided to where the strays tend to congregate and they will input data using an app on a smartphone.

This is a really cool tool that will help give volunteers the ability to enter information about the strays they have seen like sex, whether or not a female is lactating, whether she’s in heat, the approximate age of the dog (distinguishing between adult or puppy), as well as a notepad where they can input details. That sighting is then recorded and uploaded to a server where workers can put together the all over map of the strays in the city of Houston.

If you live in the Houston area and would like to be involved as a volunteer, contact World Animal Awareness Society.